This study aims to determine the Role of KFC Citra Garden 2 Frontliners in West Jakarta in Performing the Customer Relations Function. The formulation of the problem of this research is how is the Role of KFC Frontliners in Running the Customer Relations Function?. The approach used in this research is to use qualitative methods. The subjects of this study were Restaurant Manager, Assistant Restaurant Manager, Crew, and KFC Citra Garden 2 West Jakarta Customers, the subjects consisted of key informants and informants. The object of this research is the Role of KFC Frontliners in Performing the Customer Relations Function (a qualitative descriptive study at KFC Citra Garden 2, West Jakarta. Data collection was obtained through semi-structured interviews. The results of the study are summarized by researchers is the role of Customer Relations conducted by KFC Citra Garden 2 West Jakarta has implemented the four steps of the Public Relations process according to Cutlip, Center and Broom, namely Defining the Problem (Planning), Planning and Programming (Planning and Programs), Taking Action and communicating (evaluating and communicating) and Evaluating (evaluating the program) It was welcomed by customers so that KFC Citra Garden 2 received the best sales and service value awards for 6 consecutive months for the January 2019-June 2019 period, and KFC became the most popular fast food restaurant in Indonesia with a total of 24 million people interested in 2017-2018 throughout Indonesia. 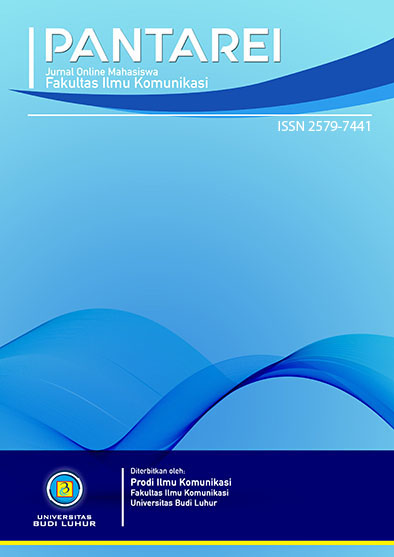